from a little trailer I made as Valentine Bonnaire in 2012 in youtube…..

DEVLIN is squatting on a sand due (Padaro Lane location) DUNES watching as TEENIE leaves the HUT.

I wonder what she did in there

Devlin walks casually toward the hut, playing the harmonica Grandpa Jess gave him. A gull, flying. Devlin spots a dead gull on the beach, plastic wrapped around it’s neck. It’s dead. He begins to bury it.

Too much plastic in the sea, it’s not good for you

A gull perches on top of the driftwood hut, flapping its wings. Devlin enters the hut and sees what Teenie left for him, under three stacked stones. 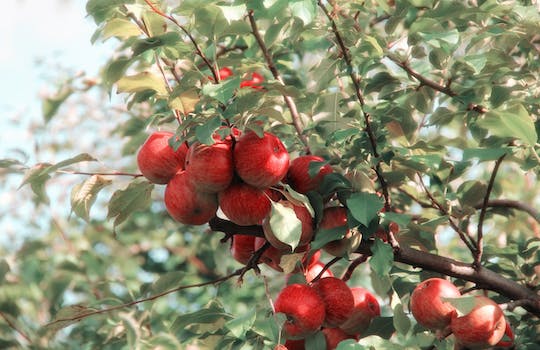 Teenie leaves Devlin a note, under three beach stones, she has walked beach, dreamlike, to gather them. Close in on her drawing him a heart surrounded by clouds, with “Who are you?” then a seal’s head pops up from the waves as she walks away, smiling.

Teenie parks her bike by the old fence. MELLOMAN his dog is so happy to see her, clowns at fence, wagging and jumping. Birdsounds, Bluejay with peanut, landing.

Mr. Honeygarten are you there?

Just a minute, dear, let me get my staff. Well, hello Teenie dear how very nice to see you again

Mr. Honeygarten, I was wondering if I might be able to have some of those apples on your trees. I want to make a pie

Mr. Honeygarten smiles dearly at Teenie and begins to pick some flowers for her. Close in on his aged face, smiling eyes and warm smile, as Teenie pets Melloman.

You do? I see. Well suppose you help me pick them, and of course you can. I seem to have plenty to spare this year.

I want to share it with you Mr. Honeygarten

Oh my, I haven’t had an apple pie for a very long time

Neither have I, not since Dad left

You must miss him very much Teenie

I do. Every single day.

Well let me see, we’ll need a basket and the ladder. How about if you go around to the garden shed and collect those for us and I’ll meet you by the trees.

Melloman and Teenie meander through English garden style flowers to the old shed, Honeygarten limps with staff toward the trees- lilting music, uplift close in on her hands picking apples, while he watches, Mellowman by his side

Close in on a FOR SALE sign, Teenie’s parents working for a newspaper, bustling business – The Village Crier. Teenie’s parents at work, secretary and reporter. Out of business signs along streets. Teenie’s old house FOR SALE SIGN. Teenie in beautiful bedroom, packing, overhears her parents

They closed it, everything. Lock, stock and barrel.

What are we going to do?

Walter Halsey Davis taught me about sound in film. Let me play this one for you.

Teenie stands in the bathroom in pajamas, brushing her teeth. It’s as if it is the first time she has really seen herself. Focus on her hair, trying a bun, a ponytail. Lipgloss.

(walks by catches her daughter at mirror, being girlish, sternly)

Pretty is as pretty does, Teenie. Don’t be vain.

(in silence looks at her mother’s face)

Close in on Teenie’s hands at her closet, choosing her favorite jeans and sweater, slipping her journal and pen into the pocket. At door, leaving, close in on her face

Bye, Mom. I’ll be back with the apples and then we can do the pie.

Teenie rides her bike through the village on the way down to the beach to get back to the driftwood hut.

Teenie falls to knees at the sight of her origami bird in the shell, looks around quizzically to see if someone else is there, suddenly she sees Devlin standing on the top of the dunes. Wind ruffles in his sandy blond hair. He bolts, she realizes he left the shell for her.

The kitchen, in the old brown shingled Craftsman exudes a glow. The warmth and beauty of GRANDPA JESS (70’s) and GRANDMA JESS (70’s) beams like light rays. They are an old fashioned California couple who grew up together and married early, in the 1960’s. The kitchen walls are hung with old cast iron pans and copper cooking pots, there is whimsy, and homey charm, houseplants. Dinnertime, and Grandma is cooking, Devlin’s favorite meal, in simple style. Though they are both worried for the boy, they don’t show it. He is enfolded in their loving arms. They are his father’s parents.

(lounging on a comfy overstuffed sofa, inhaling the scents of the dinner, as his wife cooks, he watches her, smiling eyes)

What did you do today son?

Worked on the hut

How’s it coming along?

Your father called, he wondered how you were getting along

Devlin busies himself helping his grandmother set the table, and tasting the baked beans and cornbread.

I miss my mom

I know you do, son

Grandpa Jess reaches behind the sofa and pulls out an old ukulele he had hidden, starts to strum, then hands it to Devlin

I think that’s how I won your grandmother’s heart. That or my old harmonica.

(rich sounds of her warm laughter fill the room)

I really don’t think you need to give that boy any ideas, Jess

(pulls out a special cake made just for Devlin)

Practice makes perfect, and we all know that – the two of you ought to come have supper now.

Sighs, smiling as he looks at the cake

No reason every day can’t be a celebration, Devlin

A simple pine coffin, with flowers. DEVLIN and his FATHER standing near it, his arm is around the boy, who stands in silence. Mute. Close in on father’s face, we see the streaks of tears. His father is a big city architect, now he is lost at the death of his wife. Devlin is to be sent to his grandparents in California. GRANDPA JESS and GRANDMA.

DEVLIN is taking a plane alone. We see him in profile at a window seat, as the land moves away underneath him, giving way to the land below as it recedes, until clouds.

Devlin has found an abalone shell to leave for Teenie, He scoops some sand at the rear of the structure and carefully places her little orgami bird inside it. Late afternoon in golden light.

Teenie walks home, and passes MR. HONEYGARTEN’S (90) old Victorian house, with a tangle of brambles and old roses along the picket fence. All his apple trees are laden with fruit, sound of birdsongs, in golden afternoon light.

Teenie enters the grey light atmosphere, her mother Christina has not moved from the couch, TV droning on with the news. She wants to try and cheer her mother up.

Mom, remember that pie I made one time?

Can I make another one someday?

MR. HONEYGARTEN’S garden has all kinds of apples, Mom. Maybe I could help him pick some?

Okay, but you be careful if you go up on the ladder

I could ask him Mom, tomorrow. We could share the pie with him.

No, Teenie. I don’t feel like having anyone over.

Heart of Clouds was written during NanoWrimo 2009 and first published there under my nom de plume VB-Demoiselle.

I self published my book through PressBooks https://heartofclouds.pressbooks.com/ April 24, 2012

It is available at Kobo, here, if you would like to read the original draft https://www.kobo.com/us/en/ebook/heart-of-clouds-1

As a member of the Santa Barbara Writers Conference, I expected the book to go through traditional channels in publishing, for instance a Literary Agent, but since that did not happen, the rewrite as a screenplay is in the live web. If you are interested, leave me a comment here. The book was just over 50,000 words, and won in NanoWrimo that year. It was a first novel.

The cover is an image of mine, a scene of clouds from Summerland Beach.

“It is only with the heart that one can see rightly, what is essential is invisible to the eye.”

LOGLINE: “Love, it’s the only thing that really matters.”

TEENIE ALEXANDER – a girl of thirteen (seen as a child, then as adult)

DEVLIN UNDERWOOD – a boy of fourteen (seen as a child, then as an adult)

CLAIRE – Mr. Honeygarten’s first love, the love of his life – she is seen as a young girl, and again as a ghost in his old age.

GENRE – DRAMA – This is a FAMILY FILM, the ratings would be G along that scale. It’s the story of a young boy and girl who meet on a beach one summer, maybe the worst summer of their lives. It’s a story of memory, and the sea, and the very first crush one has, and so it is a story of great innocence, for all ages. It has a happy Hollywood ending.

LOCATION – I wrote the film to be shot in a small village along the Pacific Coast, such as Summerland and Carpinteria, which retain the images of “villages” from another time. They are still old-fashioned enough to be timeless.

The camera pans across the vastness of the sea, on a crisp morning, in the clear light of the Pacific, blue skies, shimmering waves. We see TEENIE ALEXANDER (age 13) running away, as if running from home down the empty beach, in glimmering light. A dolphin’s fin emerges, and it leaps – to the sound of classical oceanic sweeping music. Pan to a structure ahead of her, a sea hut made of driftwood like the kind that surfers build along the beaches here. It’s early Autumn, in the magic light along the Pacific. She sees the structure off in the distance and makes for it, In her pocket she carries a small journal embossed with flowers and a Waterman pen, both gifts from her father.

Teenie is sitting on her bed trying to block out her parents JAX (40’s) and CHRISTINA (40’s). Their voices are getting louder and louder as another fight over money begins.

Honey can I come in? I have something for you.

(nods her head, as door opens)

(holding embossed journal and pen, her gift, squats down to hand them to his daughter, cups her face)

I have to leave tomorrow, honey. I wanted you to have these.

You have a heart made of clouds, you know that?

Never forget that okay? Never lose that little twinkle in your eye.